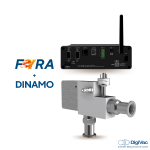 You just bought a new Digivac Dinamo valve and you’re excited to get it up and running. This blog provides your tips for optimizing your system when adding the Dinamo valve with either the StrataVac Touch or FYRA controllers. 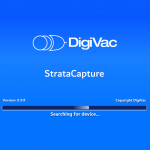 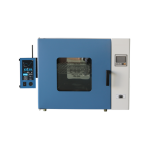 Some materials are super sensitive to temperature making it more  difficult  to vacuum dry . It is crucial  to make sure that the temperature remains constant as it can  end in a loss of materials if an error were to happen. Not being able to completely control your vacuum can result in  making you restart the process back to square one. 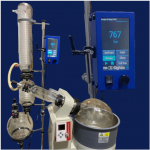 Don’t Get Fooled By These Common Vacuum Processing Myths

Rotary evaporators are advanced scientific instruments that are commonly used in chemical laboratories, processing laboratories and in research to facilitate fractionation. This separation process allows the solvents to be removed gently through evaporation and the precise control of the temperature. 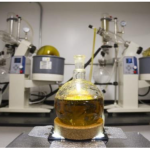 What is Solvent Recovery?

Solvent recovery is the process of extracting target products from waste or by-product solvents generated during the manufacturing process. These chemicals can then be repurposed, reducing the need to produce or purchase new solvents, while eliminating a large amount of waste and removing potentially hazardous substances from the primary processed material 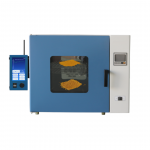 Secrets for Drying Fine Powders in a Vacuum oven

Many people come to find out that they have problems when it comes to vacuuming powder. Especially drying fine powder that tends to get puffed up and pulled into the vacuum pump flooding it.  With the pumps flooded this leads to an unfortunate problem, one you end up losing the powders you’re trying dry and two it isn’t the best for your pump either. 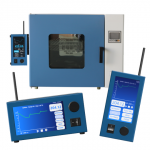 The precise vacuum control of the SNAP is driven by the integrated patent-pending Dinamo valve with delivers both proportional vacuum control as well as proportional bleed control and supports high flow with KF25 orifices so its ideal for your larger cubic foot ovens. The internal sensor is isolated from your vacuum drying process so that the sensor won’t get contaminated and vapors will not disrupt your readings. The SNAP is designed for highly precise control and is ideal for automating vacuum oven control in the 1 torr to 775 torr range. With the SNAP you are able to Automate your vacuum control through the click of a button. 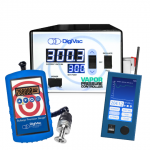 Optimize Your Vacuum: Choosing the Bullseye, VPC or SNAP

Since each of Digvac’s Gauges are tested and calibrated under vacuum before it leaves our shop, we ensure that our gaugges will provide the utmost accuracy with readings you can trust. The Bullseye Precision Gauge family of products are targeted to different ranges of vacuum so choose the one that fits the range of vacuum that is important to you and whether or not you want Bluetooth capability for process documentation and remote monitoring.

Making Vacuum Gauges Radiation Tolerant in High Radiation Environments Electronics, when exposed to radiation, will degrade and eventually fail, but methods can be adopted to extend their life. A customer who was integrating one of our 801W units into a system required the device to pass a radiation life test.  It failed! Read on to see what we did to fix it… Most semiconductor electronic components are susceptible to radiation damage; radiation-hardened components are often based on their non-hardened equivalents, with some design and manufacturing variations to reduce radiation damage susceptibility. Under the effects of radiation, electronic components that aren’t hardened will: