Manometers, by their most basic definition, are simply scientific instruments that measure units of pressure. There are a number of different devices that you can file under the “manometer” umbrella. However, we’ll focus on two main types of manometers commonly used in research and laboratory settings. The Column-type manometer and capacitance manometers. We will dive into a bit more on to help you understand how manometers work.

Manometers have been around a long time. In 1661, a Dutch physicist and astronomer, Christian Huygens used a variation of Torricelli’s barometer design to invent the U-tube manometer. These column-type manometer use liquid in a closed chamber to determine the pressure level. In this closed system, the height of the liquid will change when the pressure changes. Although this design has been around for centuries, it is still used in some labs because of its inherent accuracy and simplicity of operation. Column-type manometers are classified based on whether they have an open end or sealed end or have both ends open.

The most basic manometer isn’t that hard to build and is remarkably like early versions of the instrument. You can make a simple manometer by using a clear tube that is bent into a U-shape. You want both ends to point upwards. Then you pour fluid into the tube; you’ll notice that the fluid stays equally level in both vertical columns. Both columns of the manometer will have the same amount of pressure on each side. The level that the fluid is at becomes your zero point of the manometer.

How We Use Manometers

Once you have the U-shape set up, you’ll attach one end of it to the source of pressure you want to test, leaving the other end of the tube open to the atmosphere. When you increase the test pressure, the level of the fluid in the tube will rise in the opposite column according to how much pressure you apply. You can also connect both sides to different sources of pressure and use the level of the fluid to measure the difference in pressure between the two sources. There are some disadvantages to using this type of manometer. For example, a sudden surge in pressure can cause the fluid to jump out of the tubing which could affect your results or contaminate your system.

Capacitance manometers electro-mechanical gauges that can measure both the pressure and vacuum of the system. These more advances pressure gauges rely on the change in capacitance between a diaphragm and a powered electrode.

The capacitance manometers are gas independent because the differences in the capacitance signal are produced based on physical changes within the manometer not by changes in the gas properties.

There are two types of capacitance manometers: absolute and differential capacity. They are highly accurate but not wide range. You choose one based on the pressure range/target of your application. Capacitance manometers typically read pressure or vacuum over a four-decade range. And come in variations from 1000 Torr down to .01 Torr. But realistically in a day to day setting, a capacitance manometer’s readings can be trusted within only 2 decades of its rated vacuum unless you frequently re-zero the manometer.

Hopefully, we’ve given you a little more understanding of how manometers work, both traditional and modern versions. If you need assistance with anything regarding our capacitance manometer gauges, we’ll happily help you out however we can. 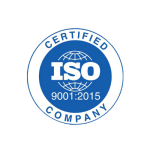